We provide accurate and accessible online CPR training so more people will know what to do in an emergency. We believe that children are a gift and it is our job to protect them. 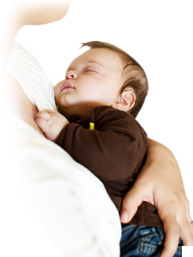 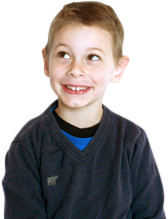 Purchase as a gift

Our medical board of advisors ensures the accuracy of infantCPR course material.

Louisiana is 23rd in the country in births with 62,379, and is 12th in the number of births per 1,000 at 13.8. Nothing is extraordinary in terms live births by race, except for births by non-Hispanic Black mothers. Louisiana ranks 9th with 24,167 births in this category.

Childhood obesity is an epidemic in Louisiana. These children (10-17 years of age) are first in overweight/obesity percentage at 39.8% in America, which is higher than average by over 8.5%. A number that is quite low for Louisiana children is the percentage who receive mental health care (behavior, developmental, emotional) - 40.4%, which is over 20% lower than the average. The last number to be aware of is the rate of child (1-14 years of age) deaths in Louisiana - which is 7th among states with given information, at 23. That number is 6 more per 100,000 than the National average.

Louisiana is 6th in the country in the number of deaths per 100,000 at 903.8. That number is over 150 deaths per 100,000 higher than the average. Consequently, the life expectancy at birth here is 44th lowest in the nation at only 75.7 years. This number is 3.2 years less than the mean in America. Smoking is also quite prevalent here. Louisiana is 5th in the country in adult smoking percentage at 24.8%, which is higher than average by 6%. Men alone rank third 3rd in the nation in this category at 28.6%

Louisiana is home to 4,478,000 people. The median annual household income here is $42,956, which is about $7,000 less than the American average, and the unemployment rate is 33rd in the country. As of October of 2012 the unemployment rate was 6%, and the same month a year later was 7%. The National unemployment rate was 8% and 7% respectively. However, poverty rates are very high in Louisiana. Overall, the state is 3rd highest in America, about 26% of the population live in poverty. About 37% of children (0-18 years of age) alone live in poverty, and 24% of those 19-64 live there.

Louisiana, home to New Orleans and Baton Rouge, is the the 25th most populated state in the 50 United States. Nicknamed, the “Pelican State,” Louisiana is full of many urban environments fused with multicultural, multilingual heritages. The culture is strongly influenced by French, Spanish, Native American, and African lifestyle.

Before Louisiana was purchased in 1803 by the Americans, the state had been a Spanish and French colony.

Many come from all over the world to explore the unique culture and take in the French Quarter in New Orleans. Mardi Gras is French for “Fat tuesday,” - popular practices include wearing masks and costumes, overturning social conventions, dancing, parades, and many more things. It arrived in North America as a French Catholic tradition and has left its mark on the city of New Orleans.

Outside of New Orleans and Mardi Gras, Louisiana has plenty more to offer including Avery Island. Here tourists and Louisianans come from all over the state for the Tabasco. Seriously, Avery Island is best known as the source of Tabasco sauce. Another island worth visiting is Honey Island, known for its famous swamp tours. The swamp is considered the least-altered river swamp in the United States, and is referred by many to be one of the most pristine swampland habitats in the United States.

If alligators and marshes do not sound appealing, the USS Kidd & Veterans Memorial Park in Baton Rouge, Lake Pontchartrain, and the Louisiana State Museum are all must sees as well.